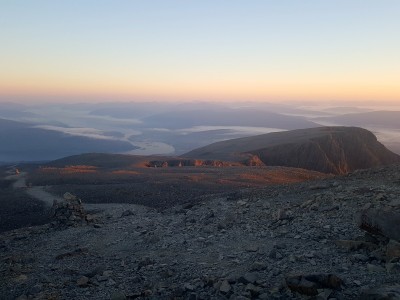 Ben Nevis, the highest mountain in the UK.  Standing at 1345m above sea level the "Ben" as it's often known  has many hard climbing routes on its north face, however the Ben also has other routes accessible to anyone with a moderate level of fitness.  Originally built to service the Victorian observatory,the mountain track is the most popular walking route on Ben Nevis and winds it's way from Glen Nevis up the mountain via a well maintained path.

On the way we pass the half way Lochan and the Red burn waterfall before the path zig zags to the summit plateau. With most of the hard work done the final section takes us past the cliffs of the famous north face and onto the remains of the old observatory and summit cairn. The descent is via the same route.

If you're up for a more challenging route, then the Carn mor Dearg route will not disappoint.  This route offers great views of the mighty north face along a narrow rocky ridge with some minor scrambling and is one of the finest ridge walks in Scotland. 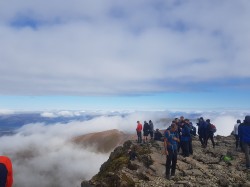 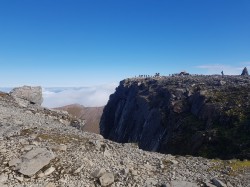 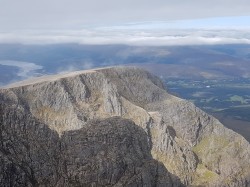 Made with SimDif
Andy Gillies